Which Celebrities Really Get in the Halloween Spirit?

There are many celebrities who love Halloween, as this holiday gives them the chance to get dressed up in a costume and have some fun with their look. These famous people are used to getting dressed up for movie roles and performances, but Halloween gives them a chance to be a totally different character and try something new.

Rihanna as a Gangster Zombie 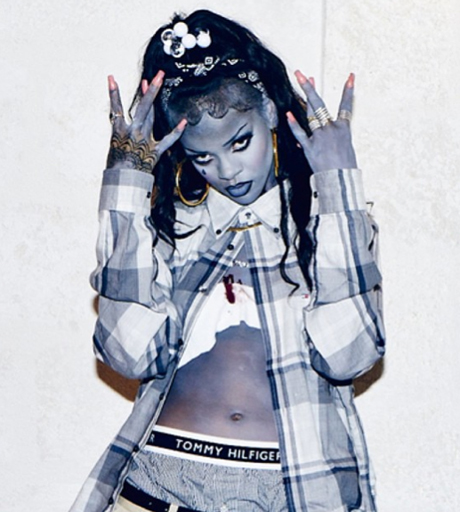 Pop star Rihanna garnered a lot of attention in 2013 when she and a group of her friends dressed up like gangster zombies. Specifically, she was dressed as a “chola” which is a hardcore Latina gangster. They usually have lots of tattoos and piercings, gelled hair, dark lipstick and thin pencilled in eyebrows. This gangster style is common in Southern California such as in east LA, the OC and San Diego – as well as in New York City.

The costumes were elaborate, including tattoos, jewellery, fake blood and zombie makeup to make the gangsters look undead. Rihanna was painted an eerie shade of bluish grey that made her skin look even more corpse-like and added to the effect.

Sandra Bullock and Her Son as Skeletons Sandra Bullock loves to get into the Halloween spirit with her young son Louis and often pairs up with him in a matching costume that is equal parts spooky and adorable. In 2013 she dressed up in a beautiful skeleton corset and lace dress that looked like something from a Mexican Day of the Dead celebration. Three-year-old Louis was dressed in a detailed skeleton suit with bat wings and they made a very scary pair!

Heidi Klum as… Something Amazing Every Halloween 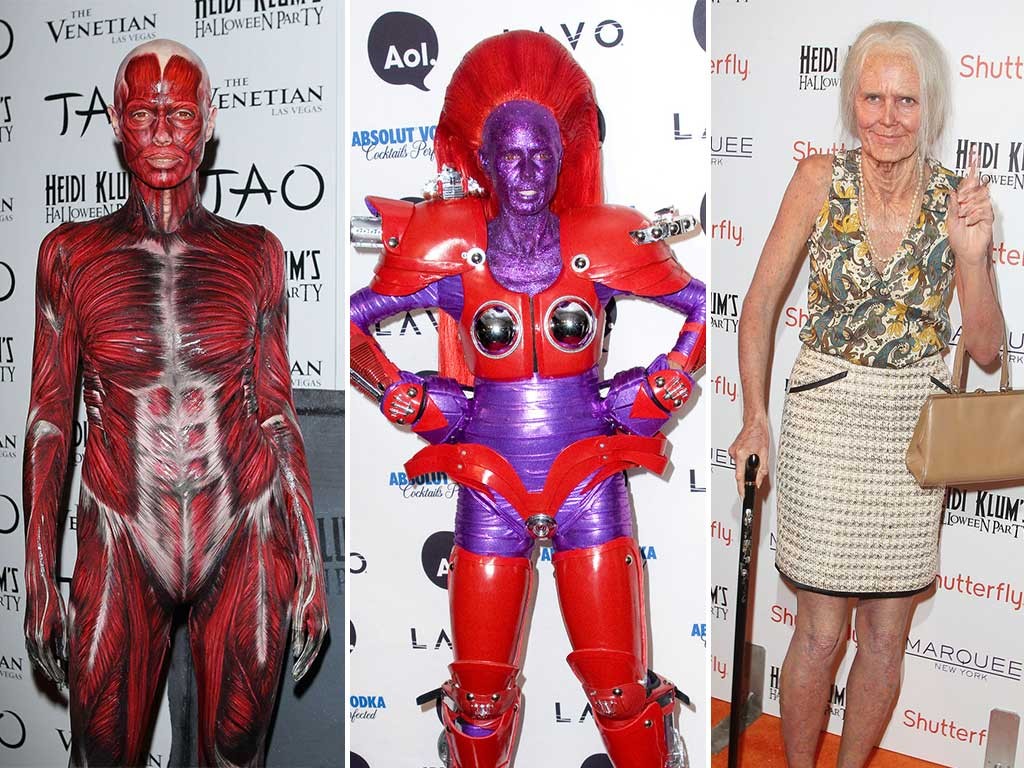 Supermodel Heidi Klum loves Halloween and throws a lavish costume party to celebrate every year. At this party she unveils her costume and each one is more impressive than the last. She puts a lot of time and effort into the costumes and they are absolutely stunning. One year she dressed up as Cleopatra with long flowing golden robes and an enormous Egyptian headpiece. Another year when she was pregnant she disguised her belly by dressing up as a big juicy apple with a snake slithering around it, a reference to the Garden of Eden. One of the creepiest costumes was when she dressed as a human body with no skin. She also dressed as a geriatric version of herself, aging herself into her Golden Years with incredibly convincing varicose veins, neck wrinkles, grey hair and a cane.

Who knows what amazing costume Heidi will come out with next? 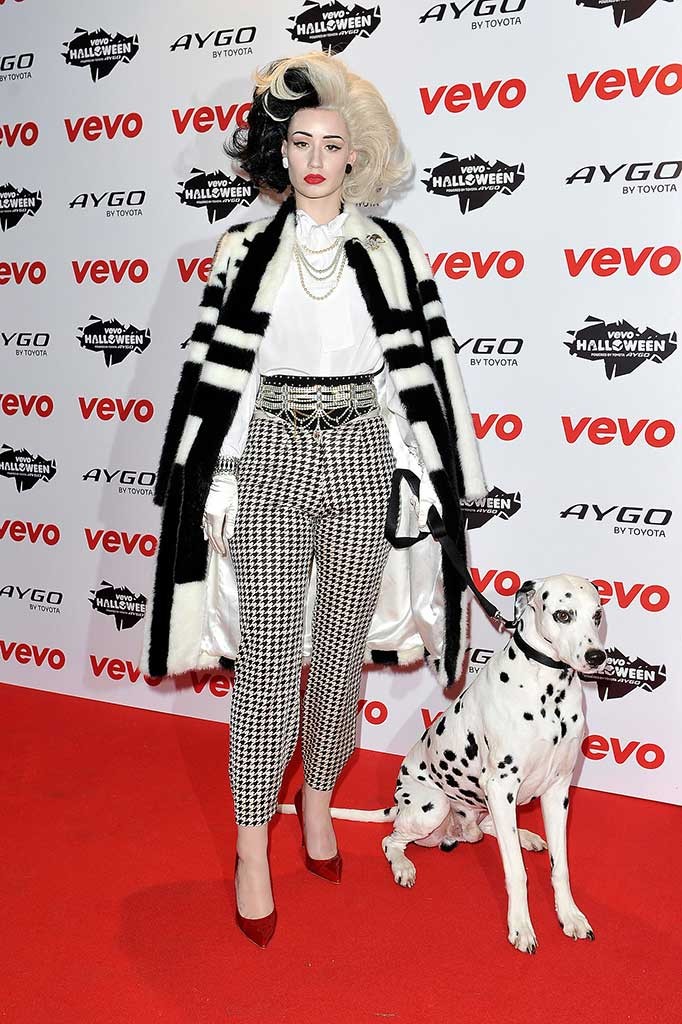 The singer wore a stunning Cruella de Vil costume at the VEVO Halloween showcase in London in 2013. After all, what could be more evil and terrifying than a character that would kill and skin puppies in the name of fashion?

Her costume had all of the expected elements, including the black and white wig, the black and white clothes, the luxurious fur coat and the silver accessories. However, she took her costume one step further by accessorising with a real live Dalmatian. She even drove the same vintage car that Cruella drove in the cartoon. This is a great example of fully committing to a costume! Of course, most ordinary people are not able to afford to accessorize their Halloween costume with a luxury vintage car – but this is the world of celebrities we are talking about!

Taylor Swift as a Winged Unicorn Taylor Swift dressed as a cross between a unicorn and a Pegasus for Halloween, a mythical creature that she called a Pegacorn. Her big and fluffy costume included a horn, a tail, big white wines and ears. It looked very comfy and fuzzy and it was a big hit with her fans.

Halloween is a lot of fun, as it is a holiday where anyone can get dressed up as what they want and live out a spooky and fun fantasy. If you are inspired by these celebrity Halloween costumes you might want to start planning your own! Get started early so that you will have the time to put together the best possible costume and get all of the supplies and makeup you need. Take inspiration from these creative celebrities and their amazing Halloween looks.

A Canadian freelance writer with a love of art, culture, literature and adventure, Kelly loves exploring foreign lands and expressing her experiences through the power of the written word. She and her English boyfriend Lee run Global-Goose.com, packed full with travel guides, stories and inspiration for those who dream of travel. They have been location independent and traveling the world digital-nomad style for the last three years, with no address, no car and no fixed schedule.