Kids of major celebrities are turning into celebrities in their own rights, and they are sure getting their fashion style education early as they sit in front row seats of major fashion shows, attending red carpet events and are wearing only the best designer clothing out there.

Here we take a look at some child celebrities wearing catwalk fashion. Considering the Beckham family and their stylish ways, it’s hardly surprising that one of their children would make a fashion move, and the first one to do it was Romeo Beckham. He got involved in a Burberry campaign at the tender age of 10. According to Vogue, he loves fashion and was very involved in what he was wearing but was well mannered and humble at the same time, which is great to hear! Apparently he has impeccable taste, pairing garments together for the ultimate look. The extremely cute son of Alicia Keys and Swizz Beatz, Egypt, made his catwalk debut in a Ralph Lauren children’s show. The little cutie also took a bow holding hands with the legendary designer himself! David is superstar Madonna’s son, so it was only fitting that he made his red carpet debut at the Grammy’s. The 8 year old was dressed in style to match is mother, as they both donned Ralph Lauren suits. Apparently the suits were his idea. He’s sure to be a real style icon in the making. Little girl to Beyonce and Sean ‘Jay-Z’ Blue is no doubt going to make an impressionable footprint on the fashion world. She has been seen out custom-made Tom Ford heels, mini Jay-Z tour T-shirts and teeny tiaras are just a few of the items Blue has been pictured sporting in her mother’s photos. Little Hudson Kroenig has made more appearances on Chanel catwalks than most supermodels. As the son of male model Brad Kroenig, Hudson has been on their shows since he first joined his dad to model the spring/summer 2011 collection. Since then he has not only become a runway pro but he’s also featured in Chanel’s Little Black Jacket exhibition and starred in a Fendi campaign with Anja Rubik. Quite the fashionista we have here. Daughter to supermodel Yasmine le Bon, young Amber made her first catwalk debut at just 20 months old. There are not very many child models that can say that! On her debut catwalk show she walked with her mother, and was back again modelling Chanel one year later, wearing a tiny white cropped top, while the mother-daughter pair continued the tradition twenty years later when they both walked in the fashion house’s Metiers d’Art show. They certainly make quite the team! 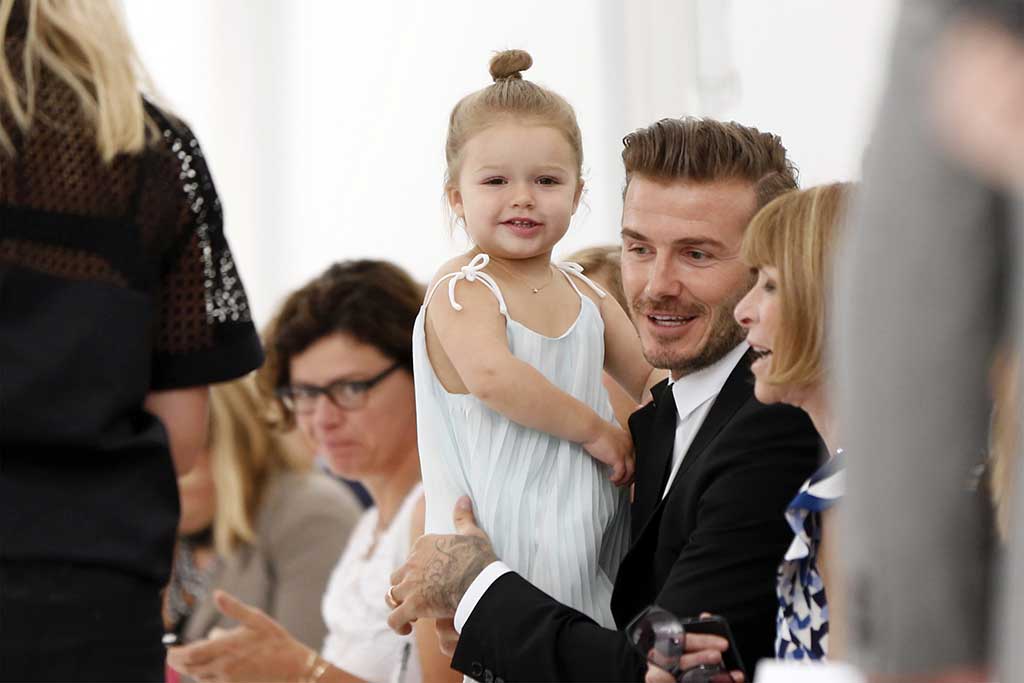 Little Harper’s fashion credentials were never going to be anything but impeccable being the first daughter of Victoria Beckham. Victoria has clearly revelled in the idea of having a baby girl to dress up. Now a regular at New York Fashion Week, she was dressed in Chloe to sit beside Anna Wintour at Victoria’s spring/summer 2014 show. A future as a front row fixture is certainly on the cards. 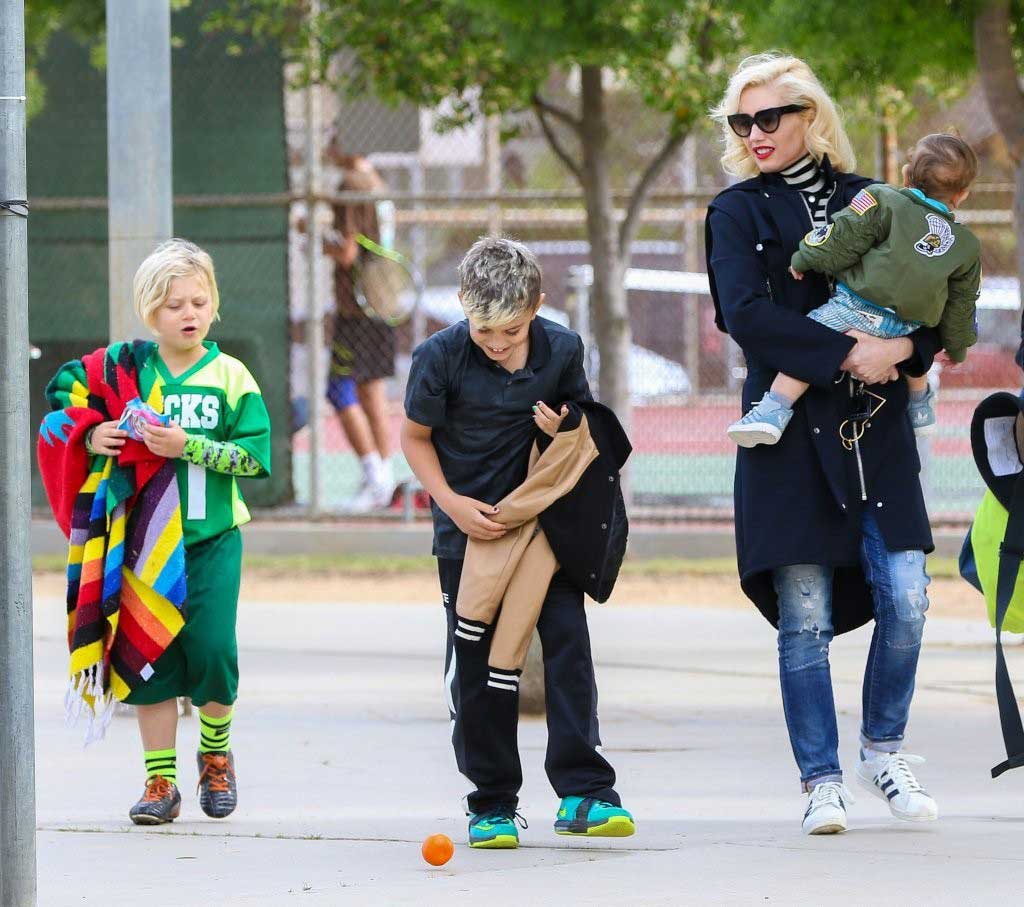 These are some of the coolest kids on the block when it comes to fashion. With a famous mom like Gwen Stefani, how can they go wrong? They rock the catwalk wearing matching tartan flat caps, trousers and bow ties. Watch out for these two style icons. 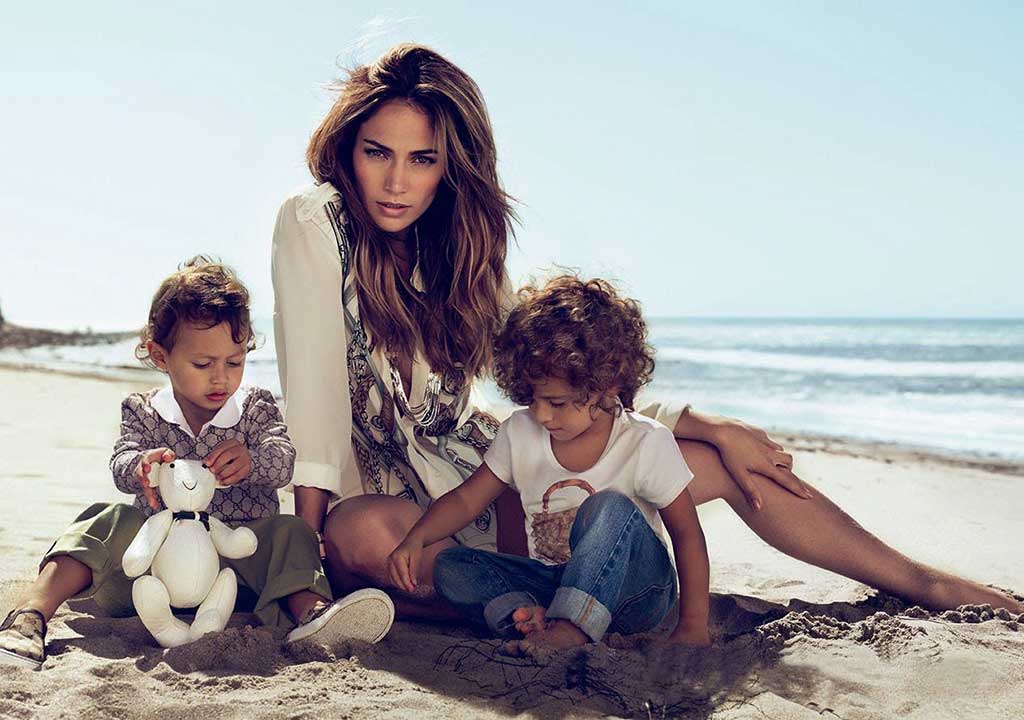 At just two-and-half years old, Jennifer Lopez’s twins made their advertising debut for Gucci alongside their mother. Apparently she agreed to the campaign due to the charity element that was linked to it. Keep an eye out for these fashionistas in the making. 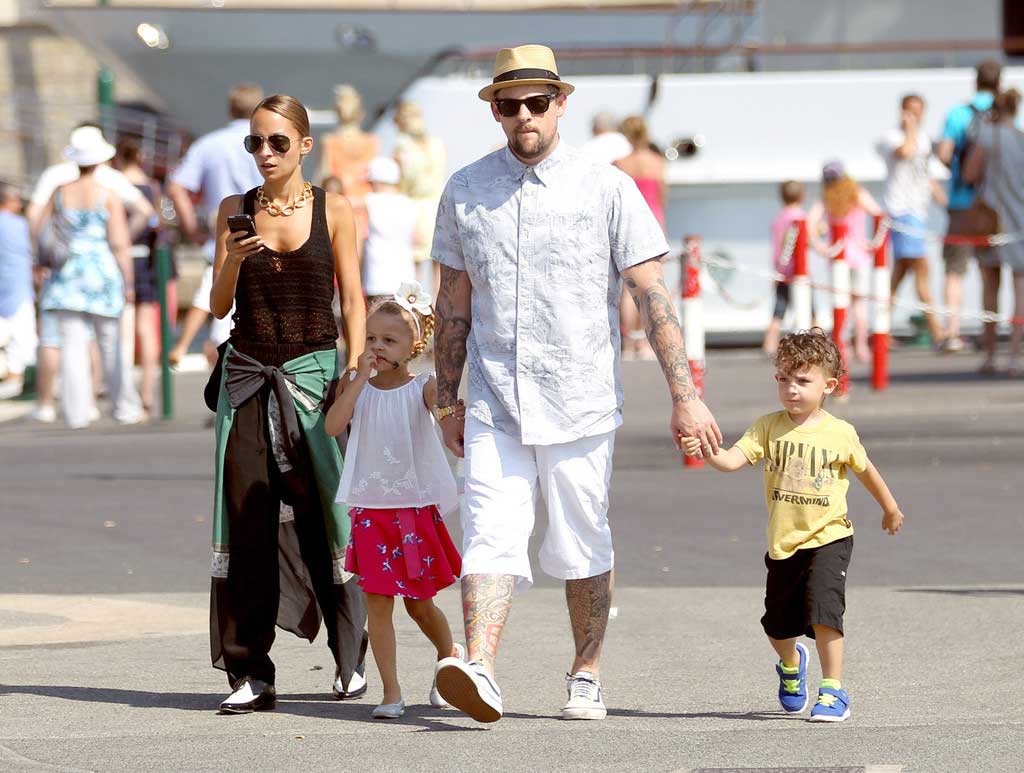 Nicole Richie and Joel Madden’s daughter Harlow has quite the fashion heritage – with her mother naming not one but two fashion lines in her honour, Winter Kate and House of Harlow. Not to be left out in the style department, son Sparrow is the mini-me of his rocker dad sporting Mohawk’s, teeny leather jackets and indie sleeveless tops.

There is our top list of 10 child celebrities wearing catwalk fashion. Do you know of any that we’ve missed out? Who is your favourite child celebrity?