A Guide to Children’s Intellectual Development Ages 3 to 12

Children go through phenomenal stages of learning between the ages of three and twelve. They start out as simplistic preschoolers and land up blossoming to independent thinkers which are capable of understanding complex issues. Learning and intellectual development is a gradual and continuing process and one that hopefully lasts a lifetime as opposed to merely during the childhood years. As parents we can instil a love of learning and develop lifelong learners. Here’s a guide to children’s intellectual development ages 3 to 12.

Comparing a three year old child to a seven year old is evidence enough that they are continually going through huge steps in intellectual development which covers a wide array of learning taking place in different areas. Three year olds start to understand the basic concept of time where they describe everything that has happened in the past as ‘yesterday’ and everything that will happen in the future as ‘tomorrow’. However, fast forward a year and they will understand that there are different times in the day as well as different seasons too.

One of the most noticeable changes you’ll see is changes and growth in their vocabulary. Three year olds will construct basic sentences that parent’s will understand, however most people that don’t know them won’t understand what they’re saying. Four year olds can easily have conversations with others telling stories about what they’re doing. They are continually developing their vocabulary and by the age of seven they can express themselves articulately and can also understand detailed stories.

Three year olds often have a few favourite books that they want to hear over and over again. They often have some of them memorised and might pretend to ‘read’ to parents. By the ages of five, most kids have a basic understanding of phonics and could even recognise a number of simple words. Kids may start reading at around the age of six or seven. However, it’s important to remember that each child is different and they will be able to read when they are ready – some may be earlier, while others may be a bit later.

Reasoning is the ability to utilise existing knowledge to form opinions about possible outcomes. This skill increases rapidly during the ages of three to seven. Seven year olds can quite easily come up with accurate conclusions on a regular basis. They are also able to understand the perspectives of others as well as realise that opposite things can be true at the same time. 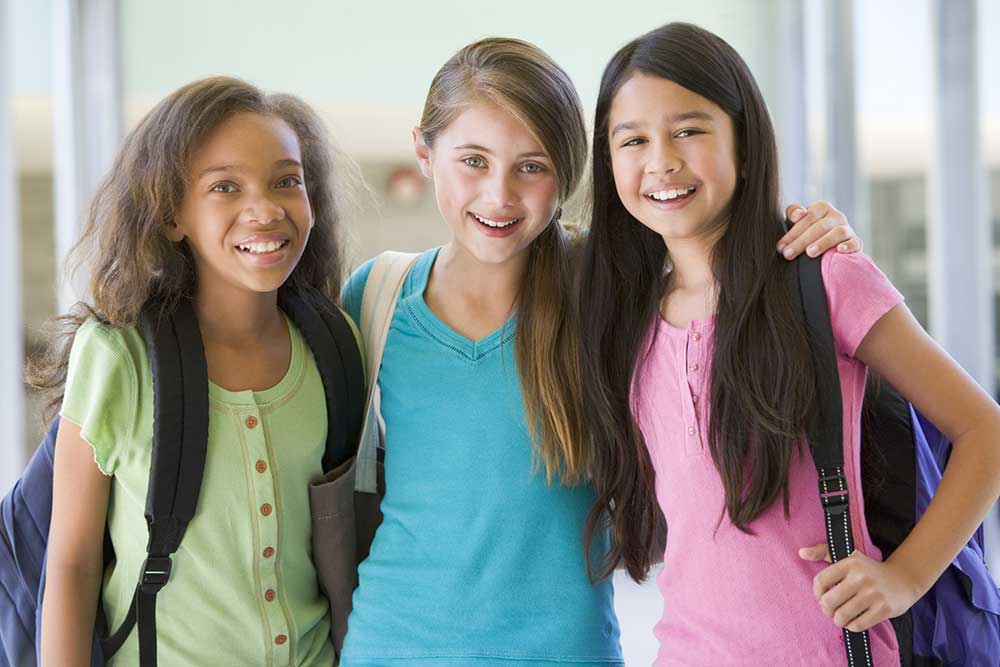 Socialising in this age group becomes extremely important and gives kids loads of opportunities to develop their intellect. Kids at this age are developing an increased sense of self and decide at this age what type of friends they want and what type of person they want to become. Social concepts, such as ethics, fairness, and justice become important to kids at this age. The years prior to puberty are essential for the development of a number of ethic viewpoints that children will take and will later be tested.

Eight year olds are able to express themselves well verbally, but are also able to start mastering writing. By the age of twelve most kids can create intelligent, well-thought out written work.

This may be surprising to many parents, but kids as young as nine to twelve will find themselves having to make decisions about sex and drugs. It’s important that they can draw from a solid base of good morals and that they are confident in themselves and their reasoning abilities to be able to make the right decisions. As parents it’s a good idea to provide plenty of self-esteem tools to help your child navigate their way through this time and make the right decisions.

It’s important as parents to help guide your kids down the right path and model behaviour. Make sure that you spend plenty of time with your kids and give them the freedom to make decisions on their own. As they enter the adolescent years there will no doubt be some separation as they become more independent. Allow them their independence, but always be there for them and stay involved. This can really help to guide them down the right path.

Can intelligence actually be increased? Children are definitely born with a certain degree of intrinsic tendencies, but many child development experts believe that nature is only a part of the picture. Parents who encourage their children’s natural curiosity and provide opportunities for their kids to practice reasoning skills will no doubt help their kids reach their highest potential.  Children who are allowed to try new things, experience life in a hands-on way, and are actively engaged in conversations where their input is encouraged and respected have an advantage over children who are given fewer opportunities, so parents have a great responsibility to nurture their children’s growing minds. So, can intelligence be increased? That may be difficult to answer, but one thing is certain. Intelligence potential can definitely be increased.