My baby was conceived on Friday the 13th. We didn’t plan it that way; it just happened. I was actually on the pill, though it was my ‘break week’ so there was a teeny tiny chance of conception I suppose. But we had no thoughts of starting a family; in fact, we weren’t even married – yet. (That’s changed now).

The first time the thought that I was pregnant even entered my mind was when my sound guy told me I had put on weight (Gee thanks, that’s what every girl loves to hear). So I went to the doctor to get a real test done, because I’ve been down this road before (but they were just false alarms) and no matter how many over-the-counter tests you buy, you’ll never really believe it until the words are spoken by a doctor.

When the doctor told me the ‘good news’, the first words out of my mouth were words I cannot write here. I went home and told my then-boyfriend, who raised both arms in the air and said ‘Yay?’ with tentative eyes. I started crying, and I still don’t know if they were happy or sad tears. It took us a few more days to gather our thoughts and make the decision to take the plunge.

It wasn’t an easy decision, particularly for me as a freelance emcee and actress. I had just ventured into the industry two years prior and was loving my lifestyle of working whenever for whatever I was willing. I baulked at how having a kid would mean that I would never be number 1 in my own life again, and worse (at least at that time), I was terrified of what pregnancy and labour would do to my body.

My best friend who had had her daughter a year and a half before became my listening post for all my fears and doubts, and also a goldmine of information. She gave me her copy of ‘What to expect when you’re expecting’, which I found a lot less hilarious than the film, but which saved me a lot of googling. Ultimately, however, it was my interaction with the world around me that taught me how to have the best pregnancy ever.

Now you have to understand the circumstances in which I entered my first pregnancy – I was 27 (still am technically), was regularly attending Muay Thai classes, was trying to juice every morning, and enjoying pizza every other week. Basically your everyday youngish person trying to be healthier than what her appetite craves. 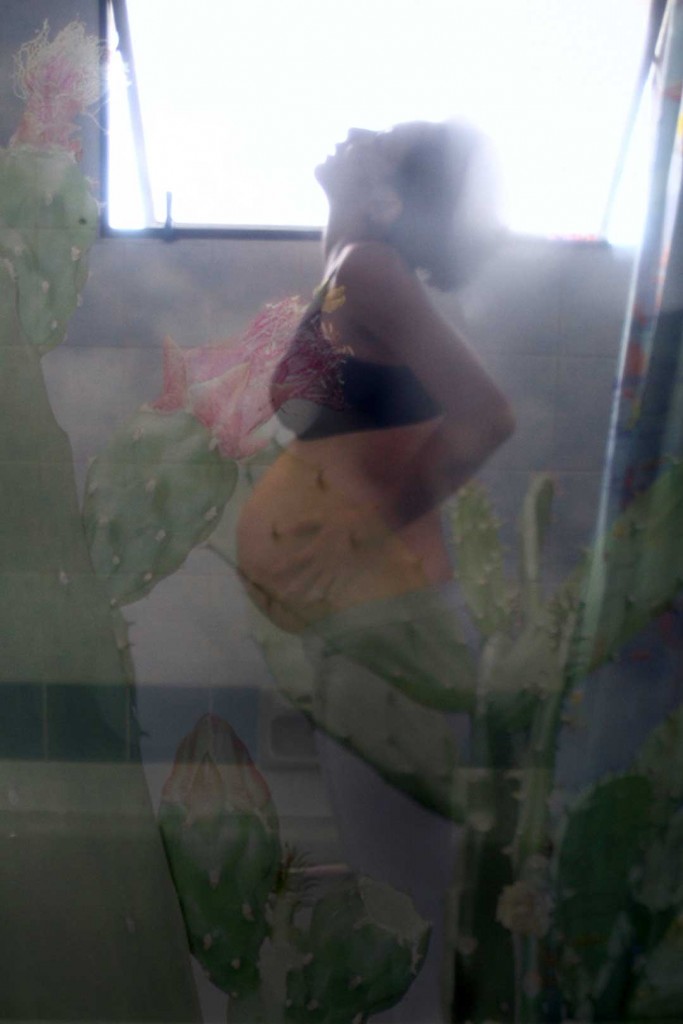 Once I knew I was pregnant, I quit Muay Thai (I was looking for a reason to leave that overpriced gym anyway) and tried to jump on the organic foods wagon for a while before my wallet forced me off. I cut down on the pizza, but started craving all my childhood snacks like the famous Tiong Bahru Char Siew Pau, Campbell’s Cream of Chicken Soup and Four Fingers fried chicken – okay the latter was not a childhood snack but I had to have it anyway! I actually rode on my scooter all the way from East Coast to Orchard Ion and queued up for 2 hours to get those yummy soy garlic drumsticks on National Day.

Yes I rode on my scooter while I was pregnant. No I didn’t get into an accident, and yes my baby is perfectly fine and healthy. In fact, he scored full marks on his APGAR test when he was born (go google it mums-to-be). So here’s where I start telling you the secret to having the best pregnancy ever. Aside from the stuff you already know about eating well and drinking enough, these are things that we easily overlook.

You’re having a baby! You are growing a human being inside you that starts from the size of a pea and becomes a 3kg-odd breathing (and eating and pooping…) cuddly mini you-and-your-significant other. Starting your pregnancy with worry and fear is not conducive to you or baby. (Trust me, you will have plenty of time for that later.) Take a moment right now to say ‘I’m having a baby’ out loud, and say it with a smile on your face.

Don’t believe everyone or everything you read

Everyone around you will start to give you advice, lessons, and share cautionary tales of how eating pineapple led to baby acne. Choose wisely whom to listen to. I ate sashimi (just a few slices) and drank cold water against my mother’s advice. But I listened to my doctor when she told me not to eat ginseng because it messes with your hormones (plus I don’t really like ginseng anyway). Whatever you choose to do, just remember that moderation has never killed anyone, and even Heidi Klum’ parents probably had pineapple, and I’ll bet Steve Jobs’ parents smoked a joint or two while he was in utero.

When things get tough, don’t sit around and feel sorry for yourself

I was thrilled when I pretty much sailed through my first 6 months of pregnancy, though I was plagued with breakouts in the fifth for about 3 weeks, and they were so bad that I wore a hat and sunglasses in public. I also had trouble breathing when I climbed the three flights of stairs to my room. More than once, I awoke in the middle of the night to a searing leg cramp which my husband had to massage. But for the most part, I felt good. I swam once a week (or every fortnight if we’re being completely honest); I was still working now and then (in heels no less) and everyone told me that I looked great and ‘so skinny’. You can have the same, or even more smooth-sailing pregnancy as long as you take care of yourself physically and mentally. That means exercise (even walking for 20minutes counts), drinking loads of water and NOT STRESSING OUT. 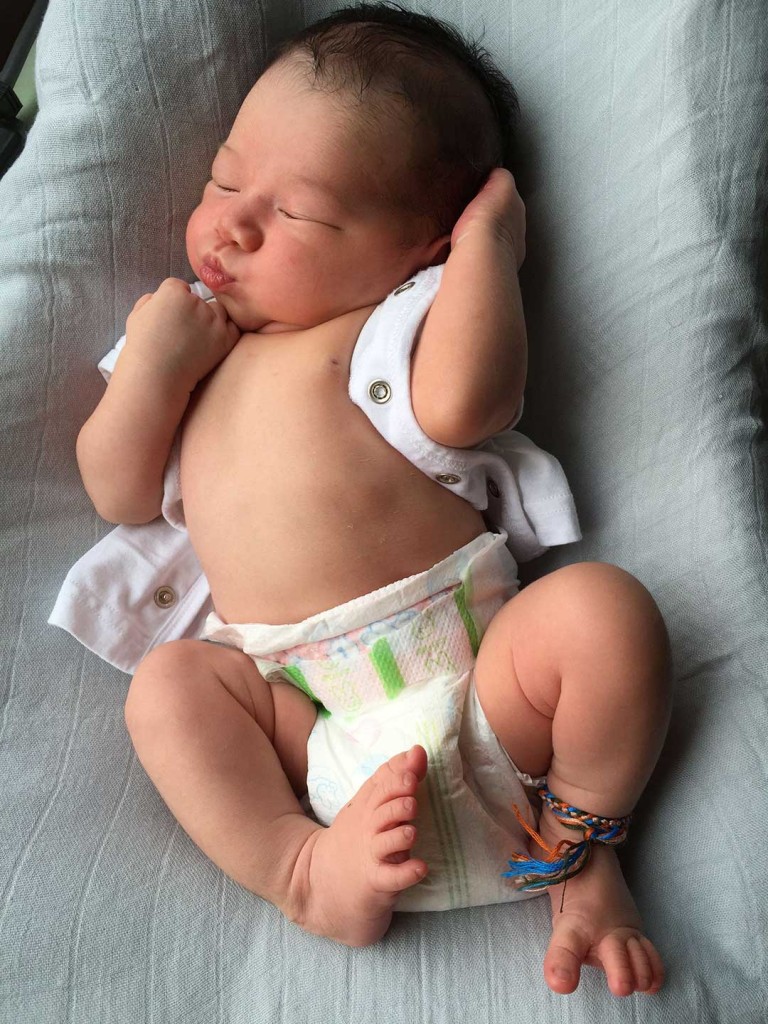 But perhaps I spoke too soon, for when the 7th month came around, I found myself suddenly waddling like those comically-pregnant women in movies. My pelvis ached all the time, and those Braxton Hicks contractions were no longer a delight that signaled my body was gearing up for labour – they felt like little hell cats nipping away at my insides. And to top it all off, I got hemorrhoids, or a polyp or whatever those embarrassing and slightly painful things that hurt your bottom are called.

Still, whenever I would fall behind my husband while we were strolling home after dinner, or whenever I grimaced as I felt the onset of a Braxton Hicks, my husband would stop, look at me with an exasperated smile and tease, “Oh it’s not that bad!’ Several times I wanted to punch him (I think I actually did once, but he’s a big guy and I obviously didn’t inflict any pain, even if I wanted to), but his words really hit home.

If you are going to wince and complain about how hard pregnancy is (and it really can be), you’re going to be more miserable than you already are. As long as you aren’t in life-threatening pain, you already have it way easier than every other woman in history who didn’t have food deliveries, maternity leave benefits, and prenatal yoga classes.

Pregnancy is just the first step in the eternal journey of parenthood. You might as well enjoy it because everything that comes after is probably harder. I know labour was DEFINITELY harder and at 14 days into new parenthood, I must say that I have cried more than I ever did during pregnancy (I blame the hormones). So take a deep breath, hold that baby belly up high and just keep smiling.